Discover the breathtaking landscapes that make up this captivating nation.

Iran is home to one of the oldest civilizations on Earth, where turquoise-domed mosques, glittering palaces, and the tombs of long gone poets reveal the mysteries and intrigues of the ancients. Yet beneath the footprints of man lie an even lesser known, wilder Iran, brimming with remarkable geologic formations, ancient forests, and overgrown monuments that nature has reclaimed as its own.

Iran’s Most Wild and Beautiful Places /nature of Iran

In the northern Mazandaran Province, a striking panorama of rust-colored travertine terraces cuts across the mountains. The stepped, limestone formations were created over thousands of years by the flowing and cooling of water from two mineral hot springs. While travertine terraces are found in other places—like Mammoth Hot Springs in Yellowstone and Pamukkale in Turkey—Badab-e Surt’s distinctive coloring results from a high concentration of iron oxide sediments. Not only does it make for dreamy views, but one of the springs is thought to have healing properties due to its high salinity and mineral content. 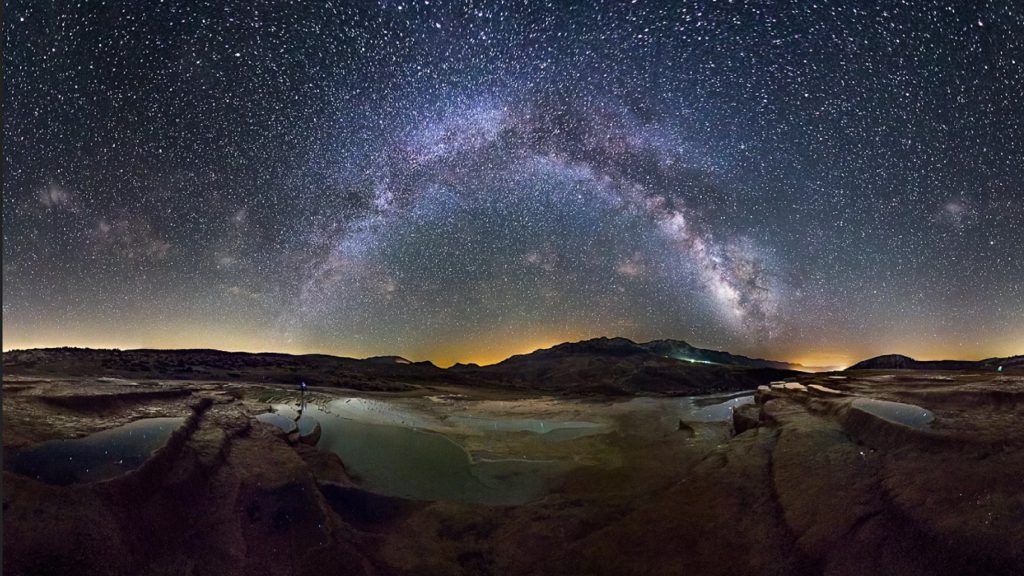 Forty-one miles northeast of Tehran, Mount Damāvand’s iconic ivory-frosted cone soars 18,605 feet (5,671 meters) into the clouds, claiming the title highest peak in the Middle East. Located in the Alborz mountain range, the 1.8 million-year-old dormant volcano is literally a thing of legends, immortalized in ancient Persian folklore and poetry. Climbers can take one of 16 major routes up Damāvand in two to five days, navigating its rocky terrain, mineral hot springs, and rich flora and fauna. Mount Damāvand was nominated for World Heritage status in 2008 and remains on Iran’s Tentative List.

In southeast Iran, the shifting sands of Lut Desert forge a living work of art. Between June and October, subtropical tempests sweep over the landscape, creating aeolian forms—corrugated ridges caused by wind erosion. The same phenomenon has also been observed on other planets like Mars, giving it an otherworldly quality. In 2016, Dasht-e Lut was inscribed as Iran’s first and only natural UNESCO World Heritage site for being “an exceptional example of ongoing geological processes.” It’s also one of the hottest places on Earth, according to NASA. In 2005, it reached a record temperature of 159.3°F (70.7°C), beating out the previous record held by El Azizia, Libya. 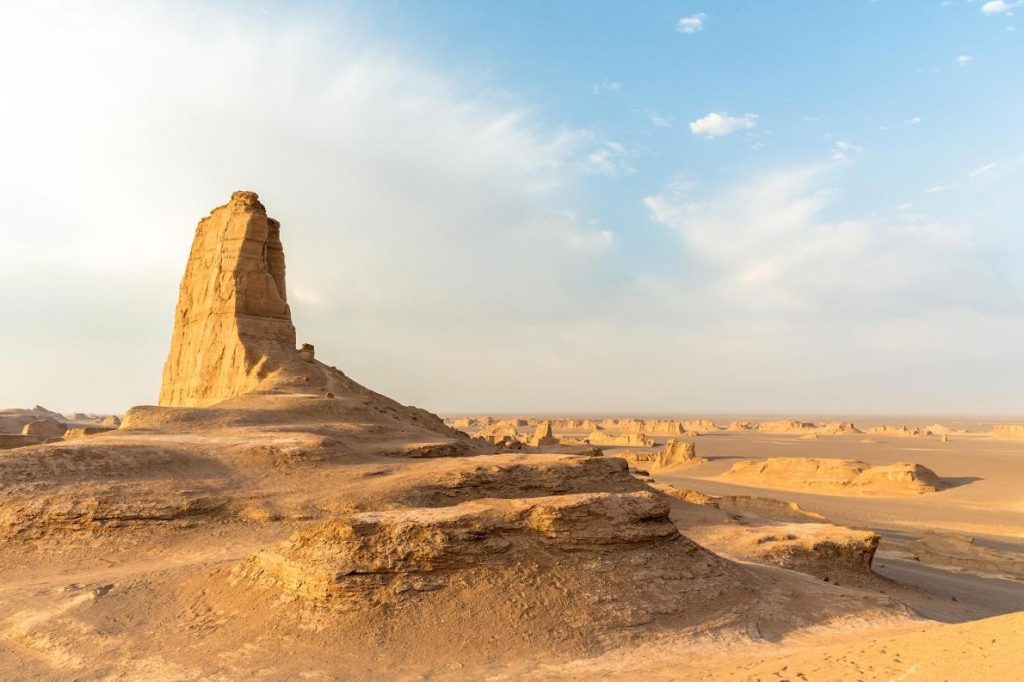 Nestled in the Iranian territory between East and West Azerbaijan, Lake Urmia was once the largest saltwater lake in the Middle East. Over the past 45 years, the lake has shrunk at an alarming speed due to decreased rainfall, agriculture, and irresponsible environmental practices—it now holds less than 10 percent of its original volume, an issue that has prompted thousands of Iranian protestors to take to the streets in recent years. What remains of Urmia’s salt-caked shores continues to increase in salinity as more water evaporates, promoting a breeding ground for a specific type of algae that periodically turns the emerald lake bright red. 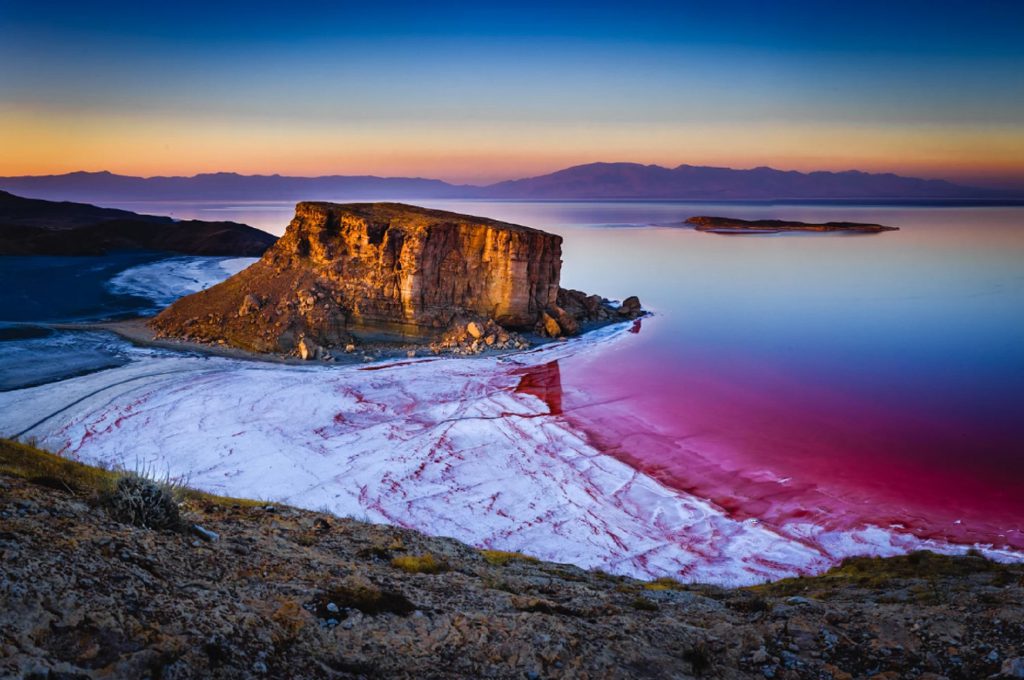 Bordering Turkmenistan and the Caspian Sea, an endless tableau of rolling green hills announces Turkmen Sahra, a region of Golestan Province inhabited by seminomadic Iranian Turkmen. Notable landmarks are the Khalid Nabi cemetery, known for hundreds of mysterious genitalia-shaped tombstones, and Gonbad-e Qābus, an 11th-century Ziyriad tower, and UNESCO World Heritage site. The structure is considered a testament of cross-cultural exchange, and “an outstanding example of early Islamic innovative structural design based on geometric formulae” that became a prototype for tomb towers across Iran, Anatolia, and Central Asia. 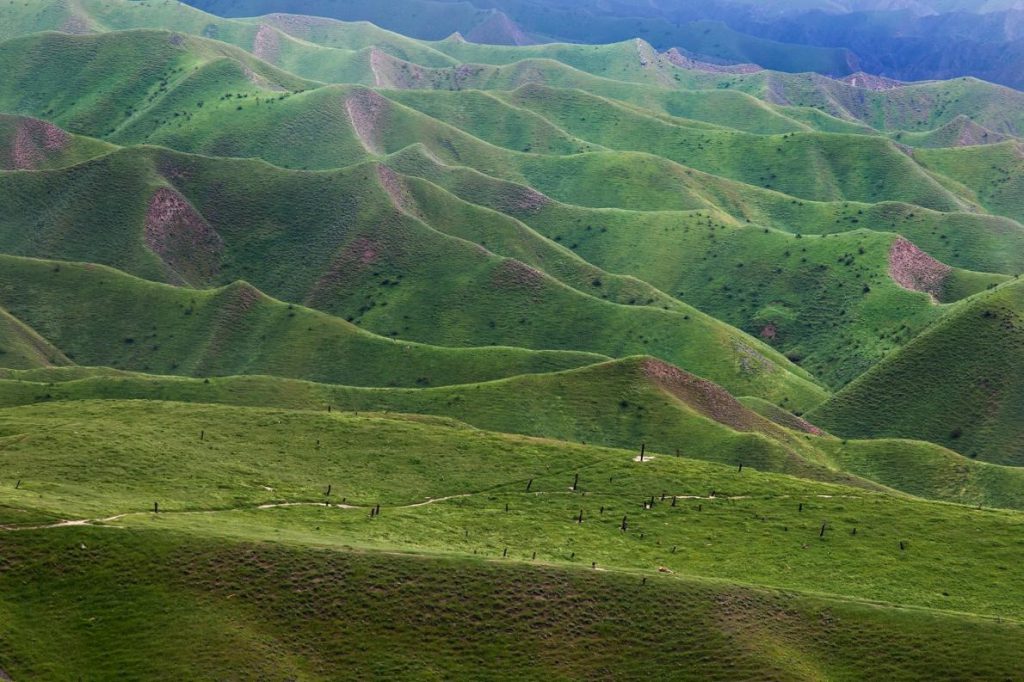 Off the southern coast of Iran in the Strait of Hormuz, Bandari villages, monumental forts, and ancient shrines dot the rocky coastline of Qeshm, whispering of a long, storied past. The significance of the island—the largest in the Persian Gulf—dates back to the pre-Islamic era, when it was a strategic trade and navigation center, and consequently a frequent target for invaders. Today the islanders are primarily fisherman, salt miners, and date and melon farmers. The biodiverse isle is also home to salt caves, mangroves, coral reefs, turtle hatching sites, and the Hara forests—features that earned its place as Iran’s first UNESCO Geopark. 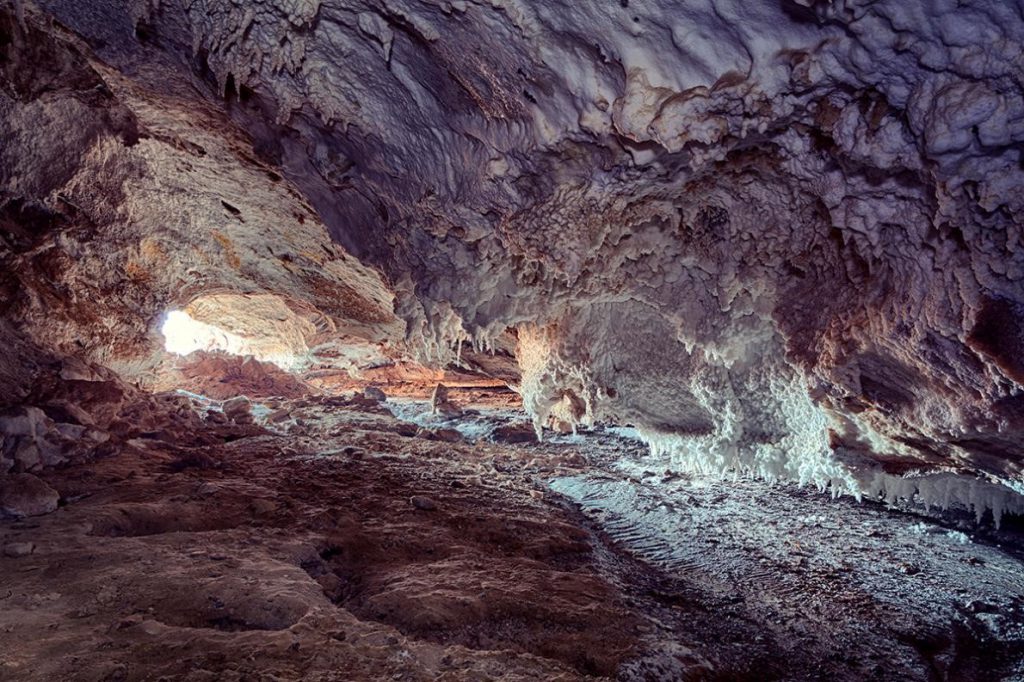 Shiraz will forever be the birth and resting place of Iran’s most beloved poet, Hafez, but just an hour west, the 197-foot (60-meter) Margoon Waterfall surges through the northwest Fars province. True to its name—which translates to “snake-like” in Persian—water streams down its slopes in a serpentine fashion. The region is also home to several plant communities and wildlife, including eagles, bears, hyenas, and boars. Scientists have warned that unregulated tourism has led to the erosion of these ecosystems, and called for increased protections.Infertility Treatment,Heart Treatment,urology,cosmetics medicine,general surgery,neurology,neurosurgery,orthopedic,ear,nose,throat 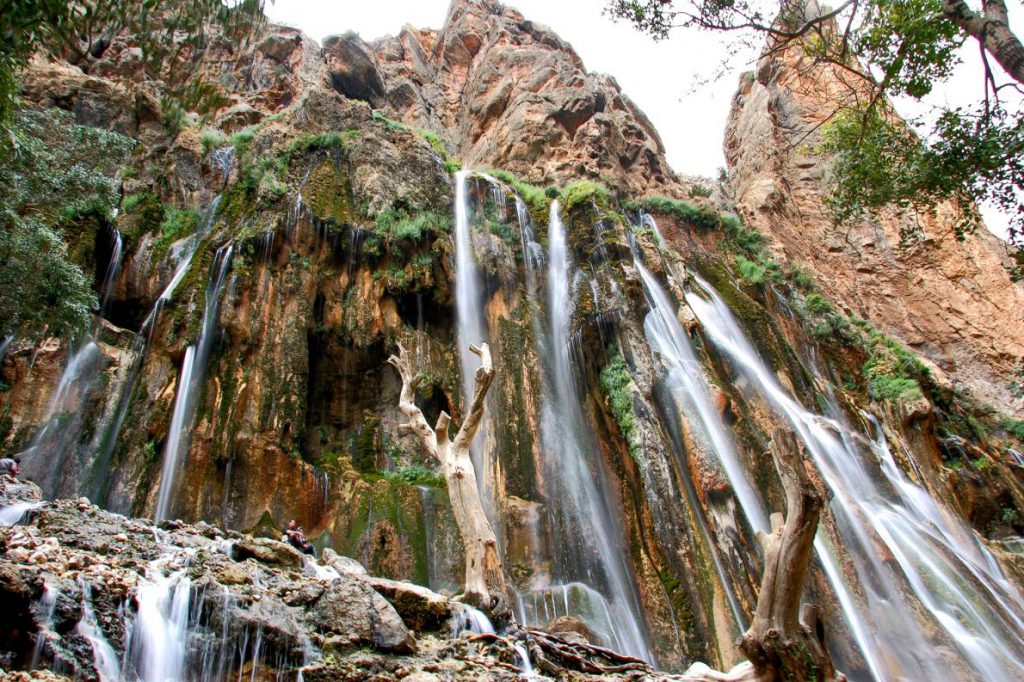