Nomads are the people who migrate from one place to another with their tribe, family and all their belongings. Migration is a way of life for nomads in which herding cattle is the basis of economic life. Changing of location and migrating of human groups are two outstanding characteristics of nomadic life.

The Beginning of Nomadic Life

Migration has started since many centuries ago. It began with a very simple form, but moving from place to place is still the fixed feature of such a lifestyle.

Researches on migrating way of life indicate that this phenomenon exists mostly in semi-dried and marginal territories, i.e. in areas where there is not any suitable piece of land for farming like slopes or stony grounds.

There are various theories concerning the causes of such a way of life. Reference can be made to some of them like the increase of population and expansion of agriculture, the economic structure of a given society, social and political situations and ecological factors. 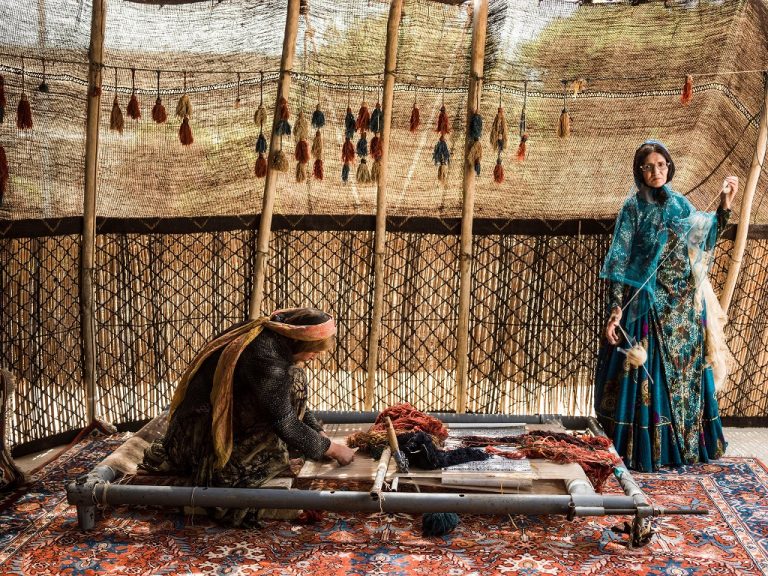 There are two kinds of migration: 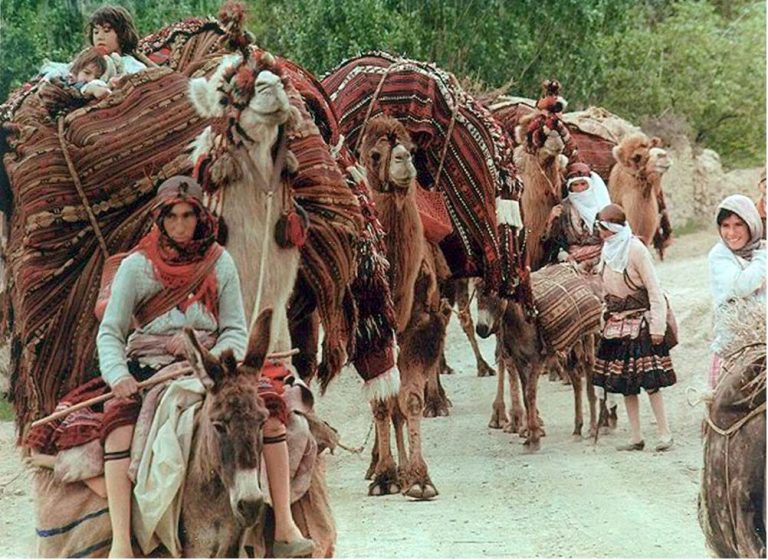 They are wandering in small and large groups in many parts of the world. Although we do not precisely know their history, it seems that they have originated from India. The color of their skin and their accent make us think so. In Iran, peddling is their way of life. Gypsies also make metal tools like knives and sickles and repair some farming tools. They often pitch tents near villages and exchange goods for goods and, at times, for cash with villagers.

Some of the gypsies are wandering musicians appearing to people while harvesting or wedding and skillfully play a few pieces of music, make them happy and earn some crops and go away.

They are not dependent upon lands or animals and have no clear plans for migration. Sometimes, they do not go back to where they have started traveling from. 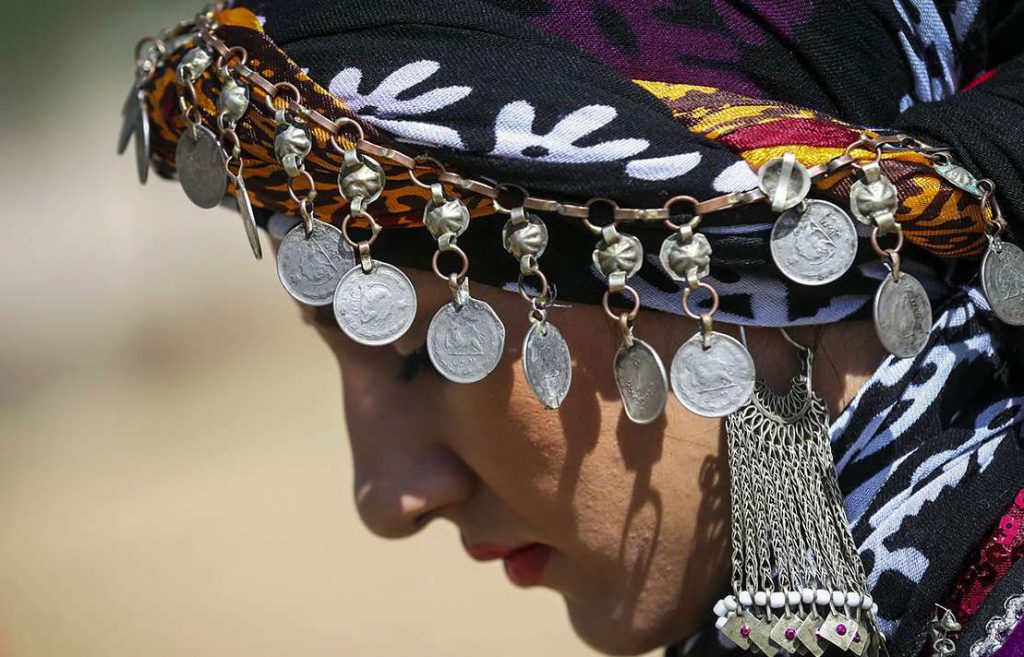 The relation between Migrant & Settled People

Some tribes are merely tent dwellers and move in search of grazing lands for their herds. Other tribes are both living in tents and in some specific buildings. Agriculture is another minor thing they do for their needs. The third group has gone through previous stages and has settled at last as a result of a decline in traditional cattle herding.

Large tribes are known as Turkmen, Shahsavans, Lurs, Bakhtiaries, and Qashqaies. Others are considered small tribes who had to settle in the past. Many of them have no other choice than to start migrating again. Of course, they have their own reasons for this.

In many cases, nomads have had key roles in the war with enemies. Sometimes, they were united as an independent army or an auxiliary force. The history of Iran witnesses many cases of their decisive assistance in defending the country.

The Social Structure of Nomadic Societies

As a unit of social life, a tribe has many duties to accomplish. A system is needed to connect a family to the whole tribe. This tribal organization is vital to integrate a tribe from within itself.

One of the subdivisions of a tribe is a “family”. The emotional links functioning inside and outside the families are links called “ethnic solidarity”, which is much stronger than among settled families.

In nomadic societies, a tribal family with its own definition and functions is distinguished from what we know, nowadays, as a family in modernized societies. A tribal family cannot mean anything without a wife and cannot perform its duties. In such a family, the whole family matters, not every individual member. This is the survival code of a tribal family.

“Polygamy” is sometimes seen among tribes. Another wife is another source of assistance the head of a family needs to manage the broadened responsibilities. Of course, this is how it is described by tribal men, but there should be other reasons for this phenomenon too. 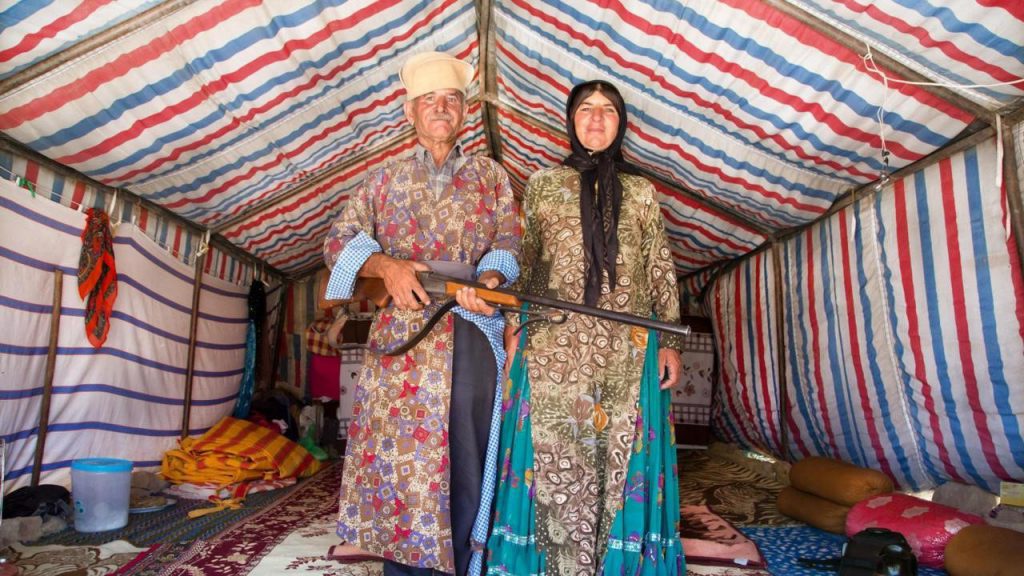 A husband, a wife and a child are each helping the family course of existence to go on. Even children have their own job descriptions from childhood that depend on their sexes. They learn and practice the serious life of being an adult.

Heads of tribes and guard heads are the wealthiest. Middle-class people are headmen, elders, and similar ranks. The ordinary people are the majority who live hard lives.

Each group has its own different responsibility, property, and characteristics. Sometimes, one can say which class they belong to by looking at the color and appearance of their tents.

The complicated relationship to the past is still relevant today, even if the modern world allows little room for horse-mounted pastoral nomadism. In the 20th century, modern notions of order and transport have become established in most areas. Campaigns intended to settle nomads, the reduction of their freedom of movement through state borders, but also new sources of income have resulted in a loss of importance for nomadism as a distinct way of life. However, these developments have had differing results, according to a region. Basic economic and social conditions, often in conjunction with cultural conditions, have allowed the survival of niche and reserve pastoralism, also promoting a return to nomadic pasture usage.

A lot of factors would suggest that the mobile use of natural pastures does, indeed, have a future. Long distance and wandering pastoral agriculture is still practiced, under very difficult conditions, in arid areas, and in the tundra, usually in a motorized form. In some places, this form of agriculture has even displayed levels of growth. Ecologically suitable, mobile pastoral agriculture by state supervised nomads even appears to national and international agencies as a meaningful option for regional development. However, traditional habits, local conflicts of interests and historically developed negative stereotypes still have to be ‘toned down’ and overcome. 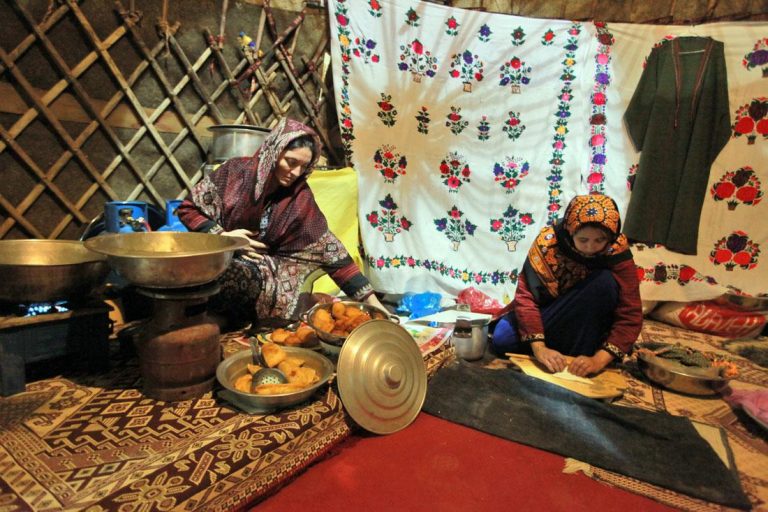