Traveling through Iran you will see a variety of climatic zones and landscapes. Iran is surrounded by mountains with Mount Elbrus stretching in the north, the mountain range Kotur in the west and the Zagros mountain range in the south-west. The central part of the country is deserted with subtropical climate dominating. There are several vast deserts on the territory of Iran, which are unique in their kind. Today we will tell about some of them: 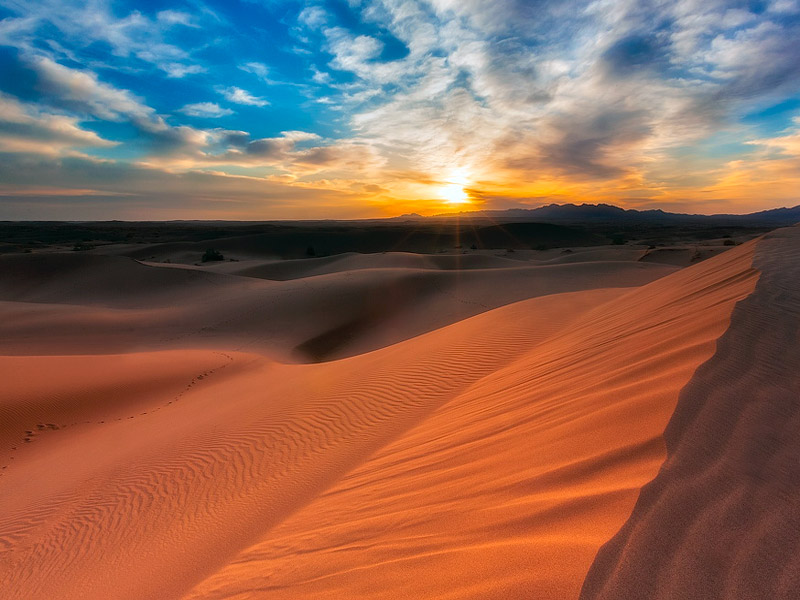 Dasht-e Kevir or the Great Salt desert is located in the center of Iran. The desert covers an area of 55,000 km2, the width is about 350 km, the length is 800 km. The desert is located in the province of Yazd, Khorasan, Tehran, Semnan, and Isfahan. The dry climate with no more than 3 cm of precipitation a year is dominating in the territory of the desert. In summer the temperature reaches +50, in winter +22. 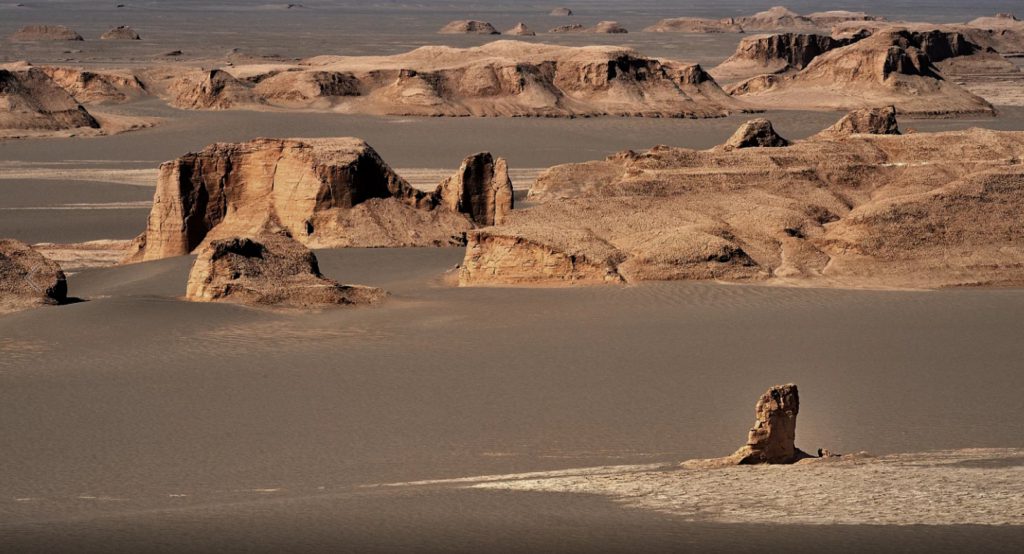 Desert Dasht-e Kevir is famous for its yardangs. Yardang is an ash formation that has been extensively grooved by wind erosion. Yardangs are formed in deserts with dense clay rock. The territory of the desert is all about the drain fewer hollows, saline swamps, lakes, and solonchaks. In the spring, dry lakes turn into mud and deadly swamps. Natives try to avoid passing through the desert, especially its central part. There is a legend about demons living in the sand dunes of Riga-Jenna.

The Dasht-e Lut is the hottest desert in Iran and many extremals try to conquer the desert. The Dasht-e Lut is located in the provinces of Chorastan, Beluchistan, Sistian, and Kerman. The desert area is 175,000 km2 (10% of the total territory of Iran), the length is 900 km and the width is 200 km. The temperature can reach up to +71 during summer months (this is the highest temperature recorded on the surface of the earth). 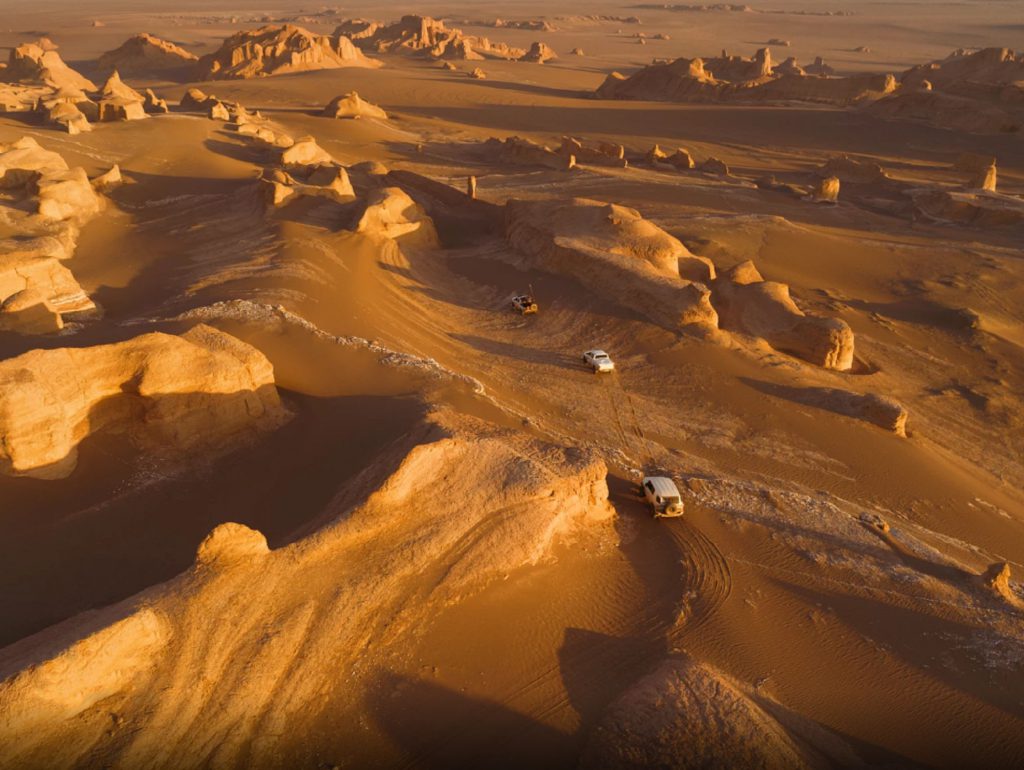 The desert landscape is very diverse; here you can see barkhans, deltas of rivers, yardangs, salt marshes and hardened sands in interesting forms. The Nemekzar hollow that turns into a lake during the spring rains is located in the south of the desert.

One of the sights of the desert is “the powder plain”, which is distinguished by a light brown shade of rubble and black sands color that looks like a gunpowder.

The Maranjab Desert is located in the province of Isfahan, near the town of Kashan. Maranjab is a sandy valley that is more popular among tourists. The main attraction of the desert is the dunes that are considered the highest dunes in the country. Traveling through the desert, you can stay in a caravanserai of the XVI century and get acquainted with the lifestyle and traditions of natives. 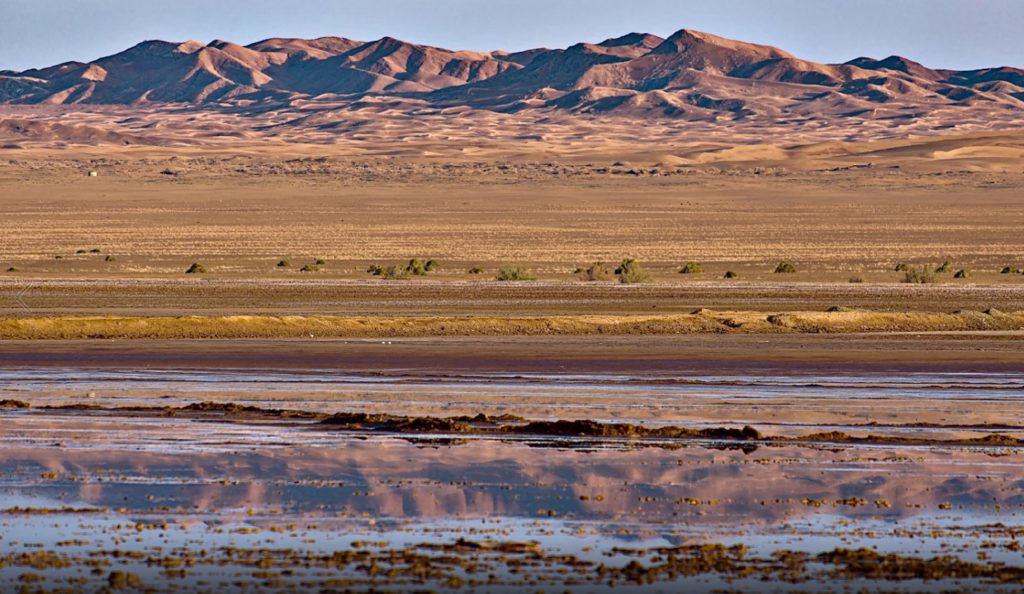 Maranjab one of the most beautiful desert areas of Iran. Long sandy hills and forests of the area worst beautiful arch. Salt Lake Aran Island Bidgol wandering around the area are spectacular. Needs to be wandering in the ocean desert island, except for one or two months of the year due to the rainfall in the region is visible, the rest of the year will be converted to salt marsh. Dastkan historical wells in the East Desert, Caravans of camels had been drinking. Maranjab castle, caravanserai on the Silk Route is in the desert and the caravan for a trip to Khorasan, Isfahan, Rey and vice versa passed this way. The sand desert area subparagraph (stiff competition in the local dialect) desert area north of the city of Isfahan Badrod continue sabulous large sand dam, the tallest sand dunes East is about 70 meters.

In addition to the dunes which is the main attraction, there Karshahy castle and wander the island Maranjab, about the construction of the castle and the inn next to the Salt Lake, is quoted by Shah Abbas caravanserai and despite creating numerous castles throughout the country, in the region defense facility was not built, because until then enemies for Salt Lake and desert expanse, from this side of the capital were not attacked. Attacking Uzbeks and Afghans through Salt Lake went to Kashan to Isfahan, Shah Abbas decided to save some lunar immediately threw up in 1012 a military base in the region and prevent the threat. The top inn is in the form of observation bunkers and armed guards in the castle mentioned in 500 attended always safe passage of goods from China to Europe and vice versa were in the region.

Kavir National Park is a protected ecological zone in northern Iran. It has an area of 4,000 square kilometers (1,500 mile²). The park is located 120 kilometers south of Tehran and 100 kilometers east of Qom, and it sits on the western end of one of Iran’s two major deserts, the Dasht-e Kavir (Great Salt Desert). Siahkuh (Black Mountain), a large, semi-circular rock outcropping sits in roughly the park’s center.

The park encompasses landscapes of desert and steppes and is sometimes known as “Little Africa” for its safari-like wildlife, including native goats (Capra aegagrus), sheep (Ovis orientalis), striped hyenas, Indian wolves, gazelles, the rare Asiatic cheetahs, and the Persian leopards. Typically, the area receives around 150 millimeters (6 inches) of rain a year, most of which falls between November and May. The vegetation in the region is adapted to drought and salty soils. To retain water and combat grazing by animals some plants grow leaves with thorns, much like thorn trees and bushes found in Africa desert landscapes. 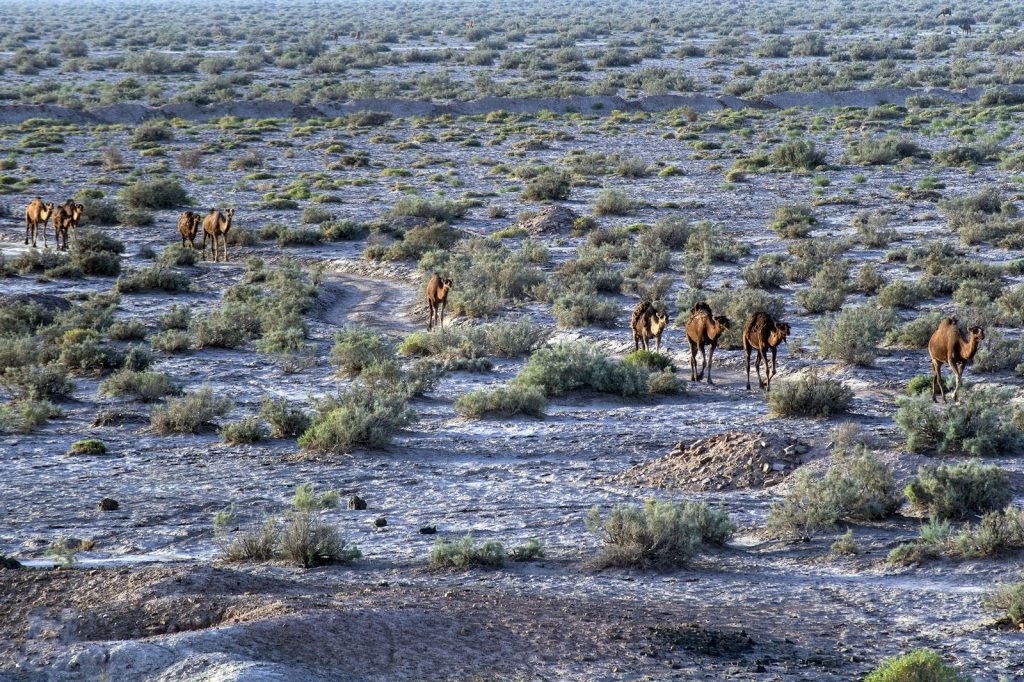 Namak Lake (Salt Lake) sits immediately outside the park boundaries. This is actually a salt marsh, and water flows into the lake from the north via the Qom River, which also flows through the northern part of Kavir National Park. The Qom is one of the very few permanent rivers through the entire desert expanse in Iran. The Kavir National Park lies in the central province of Semnan and spans an area of 440,000 hectares. 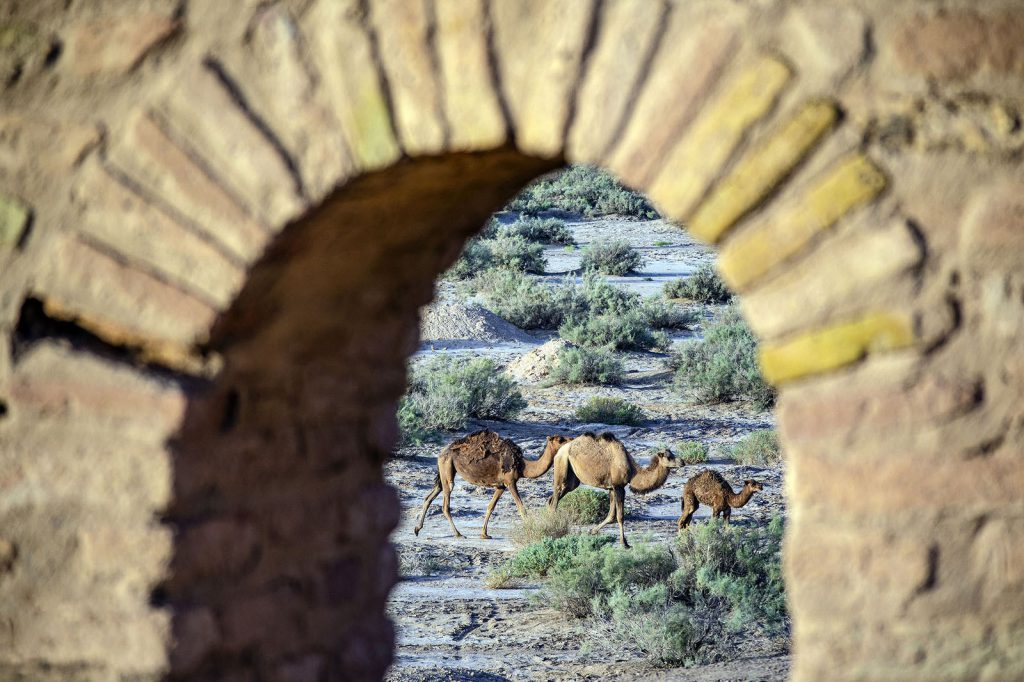