Despite the fact that Iran is considered a country of deserts, there are several dozen large and small waterfalls in Iran. Today we will tell you about the most popular and beautiful of them:

Margoon (Margun) Waterfall is located in the Fars province of Iran near the city of Sepidan. Its name means in Persian “snake-like”.

At the beginning of the walking path, there is Kuteh-Kumeh hot water with 3 showers and a pool. Although it is not hot enough, it can be used for showering. Parking, bathroom, and rooms for rent are available at this place.

The path to Latoon Waterfall is one of the eye-catching walking paths that may make you fresh. There are many attractions on the way to the waterfall, where it’s a little difficult to get through. One of these attractions is the Asio-Vashon Village, which is almost vacant, with a maximum of 5 households. As for the name of this village in Taleshi language, Asio means mill and Vashon means nearby river. There is an old coffee house called Noor Mohammad in this village, which is a good place for a short break and tea.Hair Transplant

Latoon Waterfall doesn`t have only one waterfall, another 65-meter waterfall is located 10 meters away and has more water level and width than the main waterfall. There is a castle above the waterfall of the same name, belonging to Babak Khorram Din, known as the Spina or Spina’s castle. If you are a climber, do not miss it at a height of 2000 meters. Rock climbing is also possible at this location, and rock climbers experience the pleasure of climbing the waterfall.

The Latoon Waterfall starts from the village of Kuta Kooma and has about 4 hours walking distance.
On the path to the Latoon Waterfall, you can see the forest hills and the river that leads to the Latton Falls.
The end of the route also has dangerous and deadly abysses, especially between the two waterfalls (105 meters and 65 meters).Infertility Treatment,Heart Treatment,urology,cosmetics medicine,general surgery,neurology,neurosurgery,orthopedic,ear,nose,throat 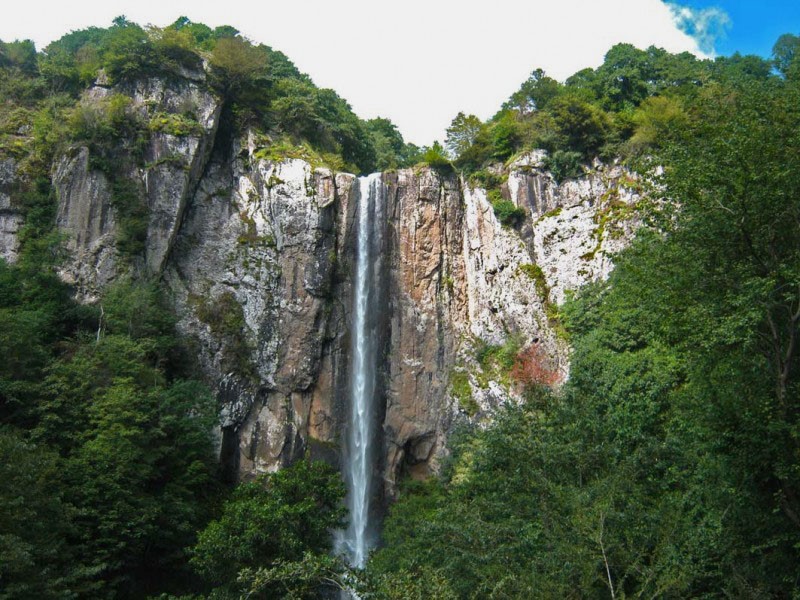 Bisheh waterfall is located in heart of Zagros mountains in the city of Khorramabad in Lorestan province. Bisheh waterfall is located in 65 Km to Khorramabad and closes by Tehran- south railway, Bisheh station.
This waterfall with a beautiful view is of the beautiful waterfalls in Iran. Bisheh waterfall’s height is about 48 meters with the wideness of about 10 meters and it joins the Sezar river. At the top of the waterfall, across the railway station, there are several springs which after crossing the station, join together and make the waterfall.
Around the Bisheh waterfall, there are several breathtaking locations such as Oak forest, Bisheh village, Bisheh train station,.. which makes this location as one of Lorestan main tourist attractions.

The name of Bishe waterfall is taken from Bishe village. This waterfall is located in Bisheh village. The people of this village speak in Khorramabad luri and Bakhtiyari luri.

You can access this location by train from Doroud. It’s about 30 minutes of ride from Doroud to Bisheh village. After you reach the station you will have to walk to the waterfall. The walking distance is about 1 km. To travel to this location you need to be physically ready for some walking and climbing actions. Due to the cool weather, you need to bring warm clothing with you in the visit. 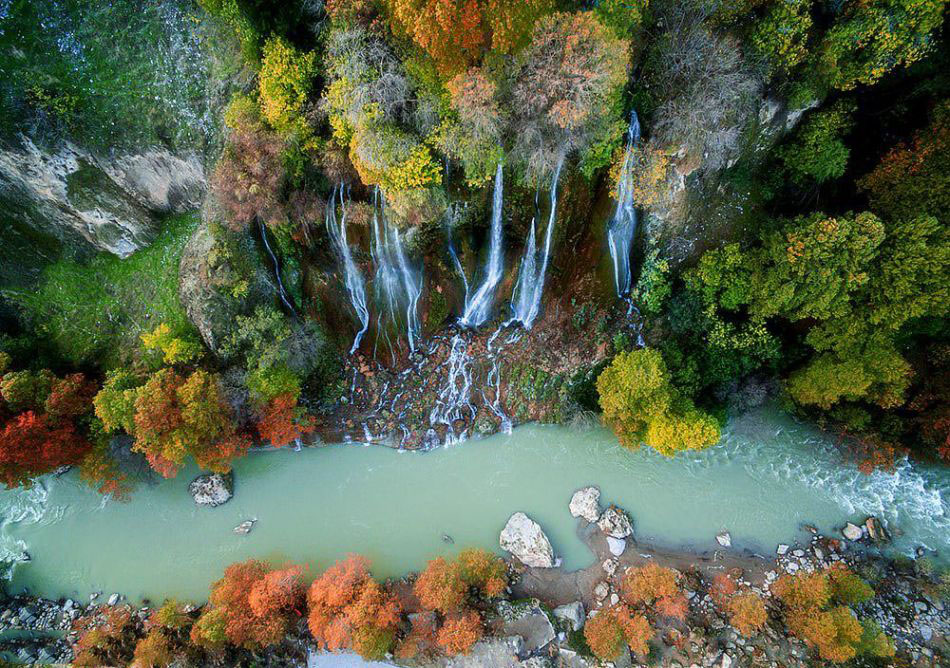 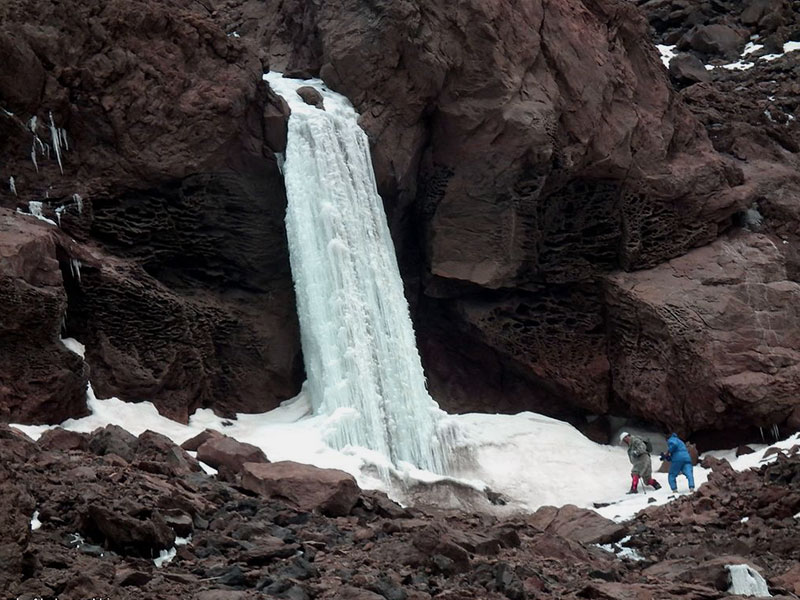 Seven springs are a valley with seven springs that flow into the Sheikh Alikhan waterfall. The waterfall is in the province of Bakhtiariya, in the village of Shirabad. The area is popular among lovers of hiking. All year round, you can enjoy pleasant weather and the beauty of wild nature.

The impressive waterfall, located in a village with the same name, flows 50 km from Iran’s western county of Khorramabad in a stretch lined with dense tall oak trees, hawthorns, and inter-twisted vines

A remarkable sightseeing attraction in Lorestan Province, the waterfall draws many families and visitors thanks to its pristine, intact scenery. With a height of 15 m and width of 17 m, the waterfall is accessible either by car or on foot.

Winding through the mountains and woodlands, the abundant waterfall runs in a stepped trace; you will notice it in 4 distinctive terraces.

Locally known as Haft Cheshmeh, literally seven springs, the waterfall is surrounded by dense vegetation and plants, as well as lovely flowers which make for a refreshing and delightful trip.

The region features cold, snowy winters and mild, cool springs and summers. You can view picturesque landscapes all year-round.

The waterfall is at its best in March and May. And considering, the way to access is not so tough you can reach there at almost no effort but you are recommended to visit there by some help from a guide to avoid getting lost.

The landscape is well worth a visit with friends or family and pitch tents on camping sites to spend a couple of relaxing hours. Even though there are no facilities, at the moment of composing, it is a huge miss if you leave it out. You are suggested to come prepared: you might need GPS gadget, water, food, appropriate clothing, and torch.Heart Treatment

The waterfall is located in the north of the country, province of Golestan, the village of Shirabad. The beautiful landscape of Mount Elbrus is completed by a gorgeous view of the waterfall. It looks like a staircase and consists of 12 small and large waterfalls. The height of the tallest waterfall is 30 meters.

Shri Abad Park and waterfalls are 7 km south of Khanbebin, in Fenderesk district of Golestan Province. With jungles, waterfalls, and a cave it is a well-known tourist destination especially in summers.

The provincial director general of Cultural Heritage, Handicrafts, and Tourism Department described Shirabad waterfall ‘as a stairway’, which includes 12 large and small waterfalls. Its largest waterfall is 30 meters high and plunges to a depth of 40 to 80 meters to form a pool.

Heritage tag will help to preserve and protect the region and introduce it to tourists.

In Golestan Province, with a population of 1.8 million, the slopes of the Alborz Mountains are the source of many waterfalls and fountains, which has earned it the name of ‘land of waterfalls’; some of which are Kaboudval, Golestan, Baran Kooh, Ziyarat, and Do-Aab. Shirabad is the third natural place to be registered in the province. 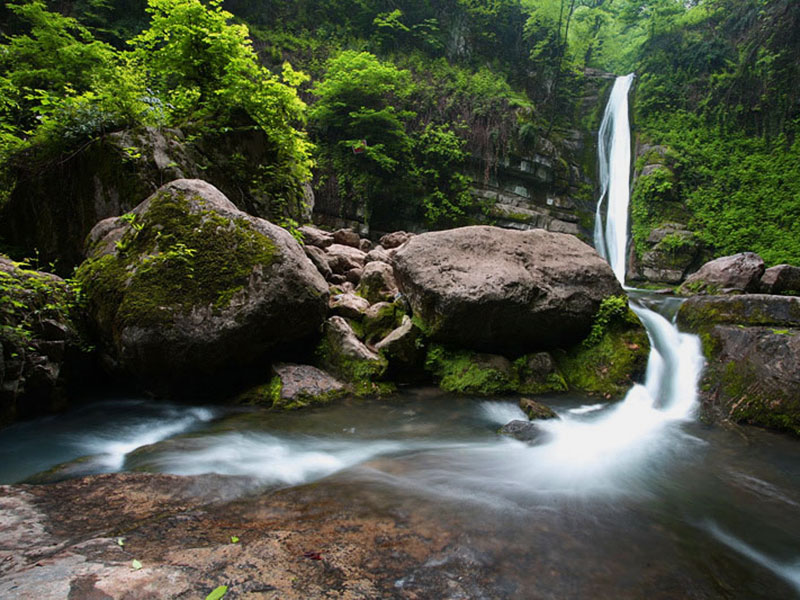 Asiyab Waterfall Asiyab Kharabe or Kharaba Dayirman (The destroyed mill)
Asiyab Kharabeh (Mill ruins), one of the tourist sights and the East Azerbaijan province and the city of Jolfa few kilometers of the border with the Azerbaijan Republic is located.
This cheery mall about 27 kilometers Hadishahr city is located in a secondary road located in the beautiful valley.
This beautiful clear water from mountain springs Kiamaky one long mountain region west Dyzmar Arasbaran and Marand city and be part Zenouz originates in very grown fig trees embodies spring water and the beautiful waterfall that is perhaps unparalleled in Iran as a string to the continuous channel flow will be towards the valley.
All surfaces covered with moss and waterfall wall aquatic plants and landscapes created the heart is controversial.

“Kharaabaa Dirmaan” fall is another tourist attraction site of this part of Iran. In fact, 135 kilometers north of the city of Tabriz, and in the vicinity of the Jolfa border region, a beautiful valley exists which is known as “Kharaabaa Dirmaan”. The Jolfa border region maintains a hot climate. Upon entry to this green valley, the visitor starts to praise its grandeur and beauty, given its unique and magnificent landscape. A river runs at the rear end of this valley, which originates from a number of springs. At the base of these springs, one finds a large number of fig trees. The spring’s water current, in its route, has created several small and large falls, each of which is unique and one of a kind. The walls behind these astonishing falls are covered with algae and plants, creating a remarkable scene. These astounding landscapes, coupled with the harmonic sound of water currents and the mild climate of this region draw many eco-tourists to this region. Previously, there was a mill in this region, which worked with the water current of this fall. However, only ruins of this Mill remain to this day. Hence, this region is also popularly known as “Aasiaab Kharaabeh” region, which means the region of “the ruined mill”.Infertility Treatment 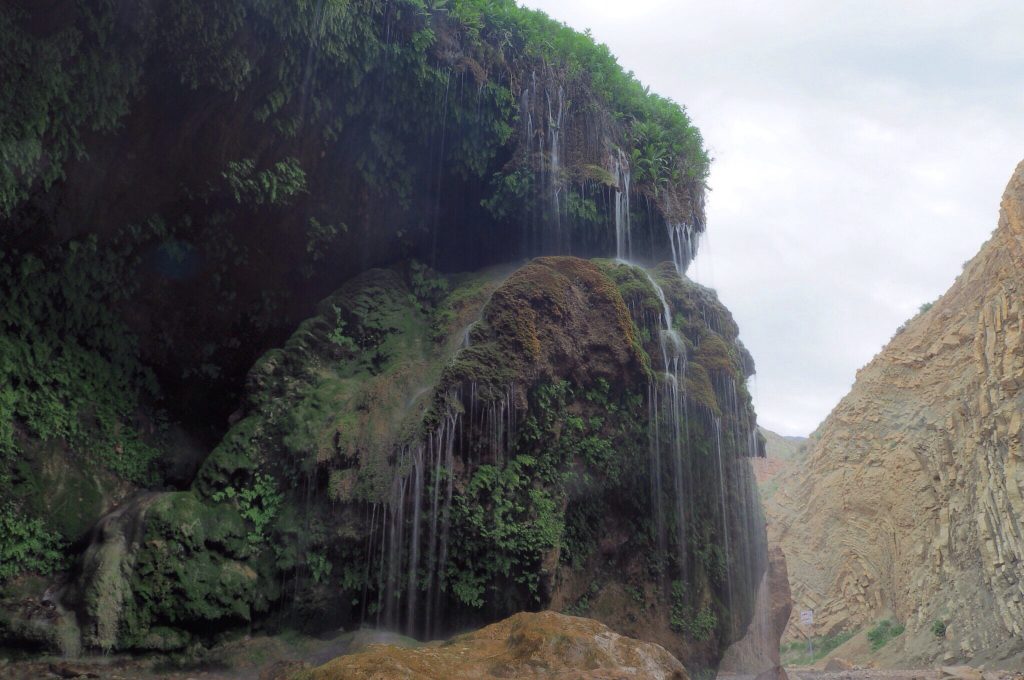 Shalmash Falls is a cluster of three waterfalls situated on the outskirts of the City of Sardasht in the West Azerbaijan province of Iran. Near the border with Iraq, they can be easily viewed from stairs built for visitors to these waterfalls. The falls are each about 10 meters (33 ft) high. In addition to being a scenic site, their environs are used for recreation, including swimming. These falls are along a branch of the Little Zab River.

Sule dukel Waterfall is one of the highest waterfalls in Iran and is located in the Dalanpur area. This waterfall is considered a tourist attraction of the region.

The Sule dukel Waterfall is located on the slopes of the Dalanpour Mountains in the Dead River. The village is also in the same name next to the waterfall. Dizaj waterfall with surrounding meadows near Dizaj village is located in Ziweh, southwest of Urmia city. This cascade is considered one of the branches of the Barandozachay River. Although everyone knows that 4 megawatts of electricity are still in their current state of desertification, but the authorities in the West Azerbaijan province have so far closed their eyes for the reasons.

This waterfall sometimes, rarely, finds an altitude of more than 70 meters. The water of the waterfall comes from the springs of the upland heights and comes out of the top of a massive rocky boulder.

At the foot of this cascade, there is a very large space and a vegetable head that is cozy with the nature of the waterfall.Dental Implant 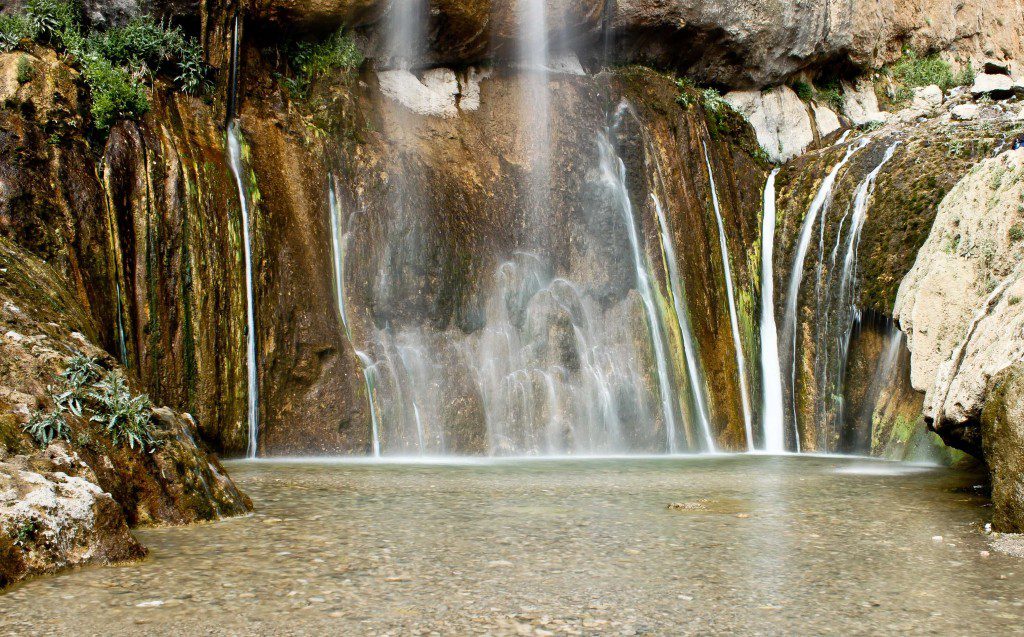